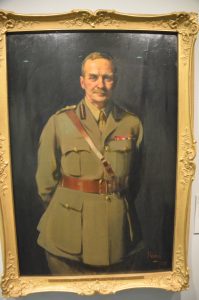 For nearly twenty five years now I have been part of a small research team of four who collate information and record memorials to those awarded the Victoria Cross (VC), Britain’s highest military gallantry award for actions in the face of the enemy. The aim of the group has always been to create a definitive record of all memorials worldwide in order to ensure that no VC is ever forgotten. The work is currently being added to a memorial website www.memorialstovalour.co.uk

Living in Somerset I have a particular interest in all VCs connected to the county which brings me to the purpose of this article. Although he spent much of his life in Australia, Sir Neville Reginald Howse VC was born in Stogursey on 26th October 1863, much of his life is well document but I have been unable to find much out about his early life in Somerset. Through this article I was hoping that someone in the area may be able to tell me more about Sir Neville’s early life. There are many references to him being born in Stogursey but none give anything more specific and this is one of many questions I’d hope to find the answer to. Local knowledge tends to be a very useful resource so with this in mind I’d appeal to anyone who may know more to contact me via the email address below or on the telephone number also included.

What is commonly known is that Sir Neville was the son of Alfred and Lucy Howse; Alfred was a surgeon. He attended Fullard’s House School, Taunton and went on to study medicine at London Hospital (M.R.C.S., L.R.C.P). Due to declining health he migrated to New South Wales where he registered to practice in December 1889.

In January 1900, he was commissioned into the New South Wales Medical Corps and sailed out to South Africa to help with the Australian Forces during the Second Boer War. During action at Vredefort on 24th July ‘he went out under heavy crossfire and picked up a wounded man and carried him to a place shelter’. For this act he was awarded the Victoria Cross.

His achievements after this point continued to show how remarkable a man he was, his contribution to medical care, particularly in the Armed Forces doubtlessly saved many lives. I do him little credit by not expanding on his life after his VC action but I’m mindful of not taking up to much of your local publications.

In conclusion, I appeal to anyone who may be able to add any information regarding his early days in Stogursey to contact me. My email address is stevelee@memorialstovalour.co.uk or telephone 07551191070.

I’d also be very keen to look at the possibility of erecting some form of memorial to Sir Neville in the village which I’d hope would be befitting of a very special ‘Son of Stogursey’. 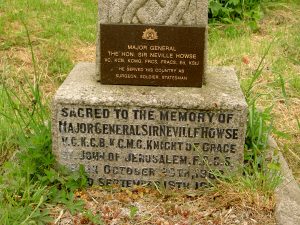